What to do when you can't do 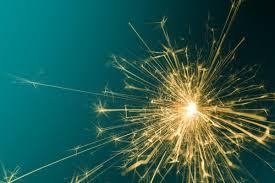 In 2014 a series experiments emanating from Harvard (Guardian, 2014) showed that people would rather administer themselves electric shocks than be left alone with their thoughts.  In 11 separate studies people, from different ages and backgrounds were asked to sit alone just to think for up to 15 minutes with only an electric shock machine for company.  Within that time large amounts of people started to give themselves electric shocks.  Of course, there are many reasons for this, curiosity being one (interestingly more men than women tended to shock themselves, men are generally accepted to be more sensation seeking that women), but overwhelmingly the idea of being left alone with just their thoughts proved too much for many who instead sought distraction in pain.

So why raise this?  Well we in education suddenly find ourselves in a position where we can no longer do as we have always done.  Teachers in the main tend to be doers and fixers. Our day is comprised of rushing through hundreds of timetabled interactions, intervening, altering, controlling every minute of the day.  And suddenly this has fallen away in its old format leaving us very much with our own thoughts and an inability to do as we have always done.

So, what do we do when we can no longer do?  How to we keep ourselves healthy and settled when all of the strategies and rhythms of the life we have lived with change? When it’s just us and we need to actively construct the system rather than move and react to a system imposed upon us.

Well here are a few thoughts…..

Meditation or mindfulness has become a panacea for the mental health movement and can at times be seen as something that is there to remedy an aching mind.  However, meditation is a practice, just as eating five a day and doing at least three lots of exercise a week that oils your engine and brings you back into balance.  It is a place to rest.  A small window just to allow yourself not to have to think.  It is 10 minutes a day and it is certainly not just about suddenly becoming zen!

Imagine you are walking along a road and you fall in a hole, if you are not very physically strong or nimble you will stay in that hole for a while, wandering round it, worrying about being in the hole, catastrophising about never again leaving this crevice.  Eventually you will be able to climb out, with much effort, but may then go and fall in the next hole in the road.

This metaphor encapsulates our thought patterns.  We trundle along life constantly falling into holes of our thoughts, ruminating and caught up in them, often catastrophising and worrying.  Meditation is the practice of realising we are in the hole and getting out of it.  We may fall into the next hole still (indeed we definitely will) but with practice meditation will allow us to jump out of the holes quicker – before they become the mental life we live in  – down in the hole.

What I am trying to say is that meditation helps us understand our minds better – it’s a journey, but often not a comfortable one  so when you start, don’t have an electric shock machine next to you!

Often when we find ourselves more isolated, the fears of being forgotten, out of the loop, not really wanted can creep in.  When others aren’t physically around to pass our classroom, bump into in the staffroom, meet after school we can think we are alone.  We aren’t, it is just that often takes one person to catalyse the interactions.  I have seen this with my son this week, not wanting to initiate a video call with friends, feeling silly or not able to reach out in case he is rejected.  These are thoughts and not the reality.  We all are part of the tribe and it is at times like these we need to actively connect rather than await the passive connection.  I am sure many of you have spoken to people you have not been in touch with for a while this week.  Continue to actively set this up and proactively get involved, you and the tribe will feel the uplift and bond from every small action.

Remember what is real and what is the whirlwind of fear.  You know this deep-down; it is about connecting with this.  Social media triggers every one of our evolved fear responses, it screams at us to do something, to feel something, to be something. You do not need to do, or feel or be anything other than what you are right now.  Whatever arises you will deal with and anchoring yourself to what you know (rather than impulsively in the moment feel) is important right now. Listen to your truth, not the storm raging out there.

This final point relates to my book The Trust Revolution in Schools (out in July!) all of this is about letting go of control.  If I had said to you at the end of January that by the end of March there would be no flights, no pubs or restaurants open and all the schools would be closed you would have thought I was quite mad.  But here we are. Control of anything is an illusion.  We set up these ideas because it gives us a sense of being in charge and having stability. Which is also an illusion that we all buy in to.  That artifice has been laid bare of late.  But that’s ok because now we don’t have to control it all, but instead just go with it.  Trying to predict, put down future markers, be definite about plans is futile and creates frustration and worry. In the words of Elsa – let it go!  All this is impermanent and will change again so soon, how and where we don’t know. That’s the adventure we are all on now, think of the stories we will have to tell!