ARE YOU DOING LAUNDRY INSTEAD OF LEADING? 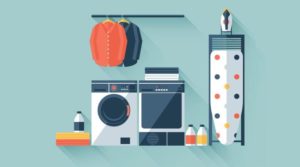 A few years ago I met a deputy head who was on the verge of leaving the profession. He was overwhelmed with his work – regularly putting in 12 hour days. When we dived into the issues a theme emerged. He said to me “You know every day I have a queue of people at my door who bring me their issues and I take them, help them, sort them out and they go off to return the next day with more issues. I feel like a laundrette. I take their dirty washing, clean it, dry it, iron and fold it and return it to them. They feel entitled to this service and if I’m not available they moan to one another that they can’t get their laundry cleaned at their convenience.”

This leader had fallen into one of the most disempowering and time-consuming dynamics in schools – that of the parent-child working relationship. Often as leaders we feel we need to sort everyone’s issues out, to be the font of all knowledge, to be available and nurture and take issues away from our teams. Instead of leading we (often quite innocently) parent. And this in turn makes children of the people in our team, who feel they must check before they make decisions, feel uncertain about whether they will be told off and feel disempowered rather than being accountable for themselves.

This parent–child dynamic is predicated in the work of Eric Berne and Transactional Analysis where we unconsciously replay experiences from the past, copying the nurturing or controlling actions we have seen from parental figures, or feeling helpless or reactive and disobedient, as if back in our childhood.

So why does this happen?

Well – activation of the child ego state is common in schools as all staff members have experienced school life as a child. Also, the parent-child dynamic is one that is played out, literally, in schools every day with the teachers and student, so it is easily replicated amongst staff. For example, what happens if your head/principal or boss pops their head round your door and says “Can we catch up later on? I’d like to give you some feedback” I put money on the churning starting in your stomach, that deep feeling of unease – as anxious thinking kicks in.

But that’s just not rational! Instead you are pulling on old memories and experiences of times you have been told off, admonished or treated like a child. Rationally we can’t possibly predict what that person wants to talk about – it could be something positive, but we often go into default mode scanning our minds for worst case scenarios.

The most rational, professional state is that of adult, where you are reacting and participating in what is in the ‘here and now’, what is actually being said and where you do not feel responsible for others.

This understanding helped the deputy head. He realised that the most beneficial thing he could do for his staff was to treat them like adults. Not to fix everything and sort their issues (even though it gave him a fleeting sense of gratification) but to help them to sort their own issues out and think for themselves. Instead of arranging their cover or wading in to resolve conflict, the deputy asked questions to enable the staff member to work it out for themselves, give feedback themselves, speak to the right person to arrange their own working practices. Staff began to clean their own laundry and soon they no longer needed the laundrette. Indeed, staff felt a burden lifted; that they could take risks and have autonomy rather than have to do as they were told. And guess what? That deputy head suddenly had a lot more time and headspace. Not just because he no longer had a queue of people, and laundry to do all day, but he also started to have pro-active adults around him who accelerated efficiency and teamwork – rather than dependent children.

Using this model, take some time to notice how you are behaving. When, in your interactions with fellow members of the team, are you in child ego state, parent ego state or adult ego state – what are you aware of in your colleagues?